Garrett Berger, a Virginia Beach resident since 2003, joins the VSO Board with a great appreciation for the arts community throughout Hampton Roads. A violinist and wine lover, Garrett was an integral part of developing the VSO Symphony of Wines fundraising concert in May 2019.

Until recently, Garrett held the role of Property Portfolio Controller at Armada Hoffler Properties in Virginia Beach. Prior to that, he served as the Controller for T. Parker Host, Inc., a shipping agency and maritime solutions provider headquartered in Norfolk. Garrett holds a Bachelor’s in Commerce and Master’s in Accounting from the University of Virginia’s McIntire School of Commerce. 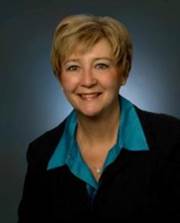 Peggy Layne has been a resident of Hampton Roads for 30 years and considers herself a “professional volunteer.” After a 40-year career with Dominion Energy, she now dedicates her energy and diverse business experience to work for organizations that make her community a better place to live.

Peggy is actively involved in the Virginia Community College System and is the Chair of the Citizen’s Advisory Council on the Furnishing and Interpretation of the Executive Mansion. Peggy holds a Bachelor of Science degree in Business Management and a Master’s of Education in Human Resource Development from George Washington University. Locally, she graduated from both LEAD-Hampton Roads (1989) and CIVIC Leadership Institute (2017). Peggy is a resident of Chesapeake and enjoys golfing, reading, and taking her “fur babies” for walks with her husband, Aubrey.

Jim Naughton, retired Partner at Hunton Andrews Kurth LLP, joins the VSO Board with expertise in labor relations and employment law representing management. Listed in Best Lawyers in America and similar publications, Jim has been integral in assisting with the VSO’s labor negotiations and Covid-relief funding. Jim holds a BS from Northwestern University and a JD from Tulane University and served in the US Marine Corps as an infantry officer and as a military lawyer.

Jim is a past Board President of the Virginia Chorale and is a longtime supporter of the arts community. He enjoys singing bass with auditioned choral groups and serving as a church cantor and psalmist. Jim and his wife, Deb, have three adult children and six grandsons.

Dr. Andrea F. Warren recently retired as Executive Director of The Governor’s School for the Arts after 13 successful years. During her tenure and with the assistance of the City of Norfolk and support of the eight superintendents and Regional Board, she was able to obtain a permanent home for the school on Granby Street, now called the Perry Family Arts Center. Under her leadership, GSA created a Visual and Performing Arts College Fair, expanded summer camps and programs for middle and high school students, and provided incredible opportunities for young artists to foster their talents at an exemplary high school arts training program.

Dr. Warren held a 20-year tenure in Virginia Beach City Public Schools in various teaching and leadership roles. She and her husband, Rev. Samuel Warren, Jr. are the proud parents of Adrienne Warren, a 2005 GSA graduate of the musical theatre department who has two Tony nominations, an Olivier nomination, and a Drama Desk Award.

The 2021-2022 Board of Directors will be led by Board Chair Mike McClellan, Vice President of Strategic Planning for Norfolk Southern Corporation. William “Bill” Van Buren III, President and Chairman of Kaufman & Canoles, was re-elected as Vice Chair. Becky Sawyer, Senior Vice President and Chief Human Resources Officer for Sentara Healthcare will continue to serve as Board Treasurer, Susan Goode will continue her service as Board Secretary, and Pat McDermott, Partner at Patten, Wornom, Hatten & Diamonstein, L.C. in Newport News, will continue to serve as Chair Emeritus for the upcoming season.