Find out how to share YOUR Symphony Story with us!

One of Virginia’s most celebrated musical, educational and entrepreneurial arts organizations, the Virginia Symphony Orchestra will celebrate its 100th Anniversary season beginning this fall. Innovation has been at the heart of the VSO’s narrative since its inception, and the VSO continues to challenge expectations and push the boundaries of what an American orchestra can be.

In 1991 the VSO made a very bold move and appointed the gifted young American conductor JoAnn Falletta as its music director. Since then, the orchestra has received national attention for its unique mission serving a home area of 1.8 million across the diverse communities of southeastern Virginia. Through appearances at the Kennedy Center and Carnegie Hall and commitment to adventurous programming, the VSO and its musicians have been highlighted in national media including The New York Times, The Washington Post, National Public Radio and BBC Worldwide News.

As the largest arts performing organization in southeastern Virginia, the VSO and VSO Chorus present more than 150 concerts and events to educate, enlighten and entertain more than 100,000 residents and visitors each year, successfully expanding its programming beyond the traditional concert format. These include the innovative and thematic concerts like special “Sensory-friendly concerts” designed to accommodate the needs of audience members on the autism spectrum and those with sensory sensitivities. Its health and wellness programs incorporate interactive therapeutic experiences for people living with Alzheimer’s and dementia. In addition to blockbuster concerts like “The Music of Star Wars” and “The Music of Harry Potter,” the orchestra also provides concert experiences that are transformative and relevant to contemporary society such as its annual tribute concert honoring the life of Dr. Martin Luther King, Jr. and its unique “CommUNITY Play-In and Sing-Along,” an annual inclusive event in which instrumentalists and singers of all ages and skill levels perform alongside members of the VSO.

This exciting centennial anniversary also brings with it new areas of opportunity as the VSO will announce a new artistic leader to follow Falletta, who is stepping down at the end of the current season in May after 29 successful years. As it conducts its new music director search, the VSO is looking for leadership that will embrace and propel it toward the vision to be in the forefront of authentic community service and citizen engagement while expanding its audiences. All in addition to providing live symphonic music of the highest quality as a driving force in the community for the next 100 years. 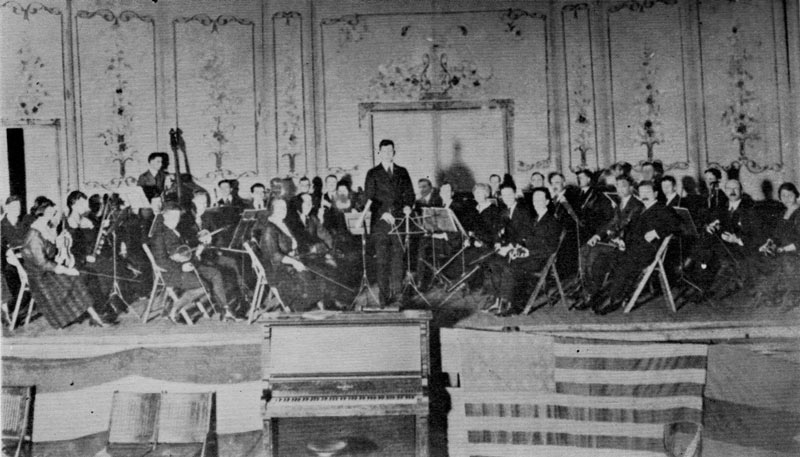 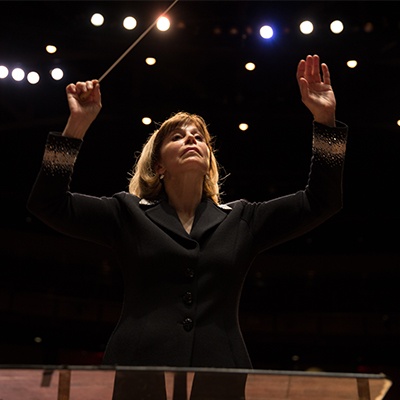 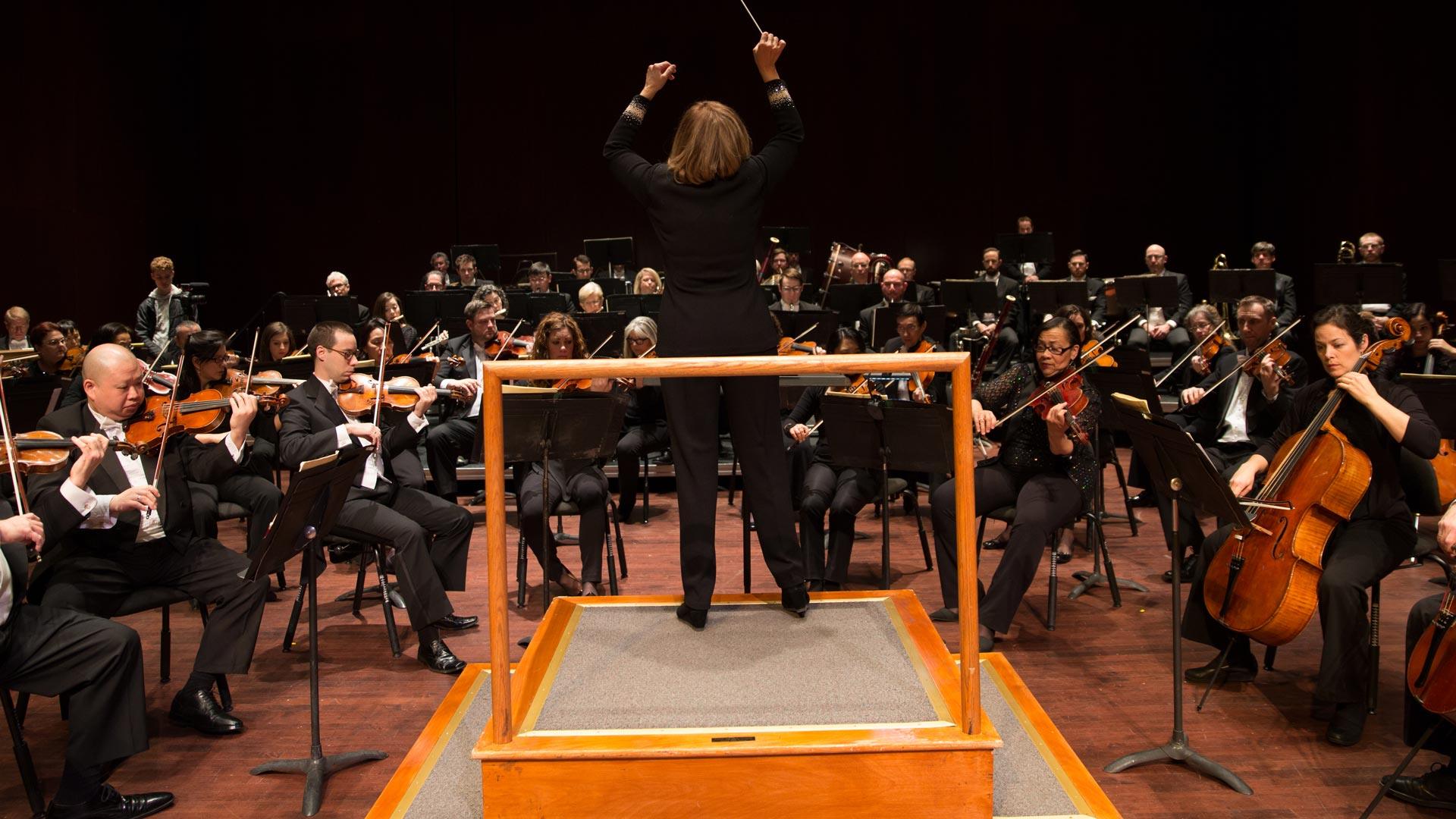 The Virginia Symphony Orchestra and Chorus now serve a metropolitan area consists of nine cities and seven counties in southeastern Virginia and is the only full-time professional symphony orchestra in the region. A member of ICSOM (International Conference of Symphony and Opera Musicians, it employs 76 musicians over a 42-week season and benefits from a 100+ member volunteer chorus. It is also the foundation of the vibrant performing arts community of the region, regularly collaborating with other organizations to provide the professional musicians for partners including the Virginia Opera, the Virginia Arts Festival, and the Richmond Ballet. The region is home to one of the world’s largest natural harbors and the world’s largest Naval base attracting millions of tourists for its historical and cultural significance as well as the beaches of its coastline making it one of the largest geographical markets in the country served by a single professional orchestra.

The VSO is fortunate to perform its major classics concert series in three separate, excellent halls – the Ferguson Center for the Arts on the campus of Christopher Newport University in Newport News, Chrysler Hall in downtown Norfolk, and the Sandler Center for the Performing Arts in the vibrant Town Center area of Virginia Beach.

To celebrate this milestone birthday and to thank the Southeastern Virginia community for 100 years of support, the anniversary season will include a diverse collection of concerts and special activities. These include several celebration events that will provide essential fundraising opportunities for the VSO’s ongoing education and community programs that continue to foster a love of music for all.

We’re preparing to celebrate our 100th year of building community through music in Hampton Roads and we need YOUR help!

Help us commemorate our orchestra’s fascinating history by sharing your favorite VSO memory, moment or performance with photos, articles, letters and other mementos you may have. With your participation, we plan to create an online exhibit on our website: 100 Years of Memories, Moments and Music!

You can help by sharing your submissions in any of the following ways:

Fill out our online form

Tag us on Social Media!

Although digital makes it easy we know it’s sometimes not possible to share your submissions online. You can ***mail us at:

Use the hashtag #VASymphony100 next time you post about your favorite Virginia Symphony Orchestra memory.

Thank you and we look forward to celebrating with you!

**By sending your submissions, you are giving the Virginia Symphony Orchestra permission to publish on our social media and website.
***If you are mailing something to us, make sure you include your name and contact information, including telephone, email and mailing address in case we have a question. 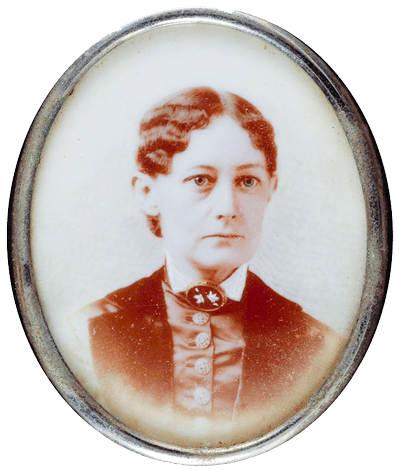 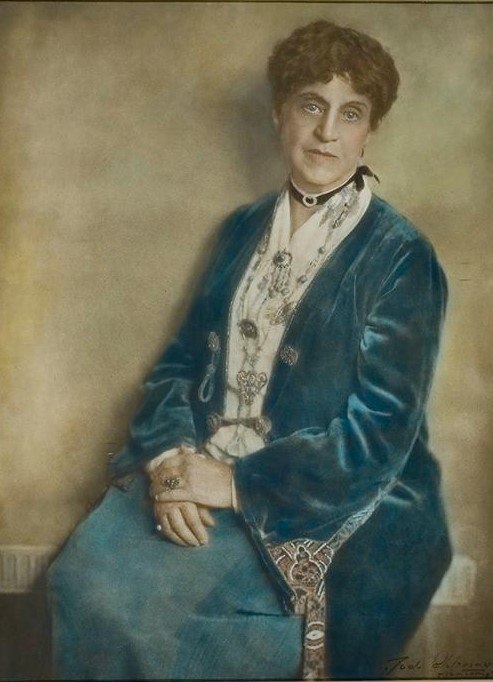 A Brief History of the Virginia Symphony

In 1871, Irene Leache and Anna Cogswell Wood came to Norfolk to establish an all-girls school dedicated to educating the daughters of the city’s most prominent families – The Leache-Wood Seminary. The two quickly realized there was a void in the Norfolk Art’s Community and expanded their mission to bring cultural activities to the city. When Leache died in 1900, Wood established the Irene Leache Memorial Foundation to honor her friend.

This organization became the catalyst for what is now the Chrysler Museum of Art by encouraging an appreciation of fine arts and literature and working to gather enough works to establish a museum. Wood enlisted the support of the  seminary alumnae before returned to Florence to begin sending artworks back to Norfolk. In 1917, the Norfolk Society of Arts (NSA) was born from the Irene Leache Foundation and was solely focused on bringing the arts to Norfolk. Its main goal was to stimulate and further the interest in art in Norfolk and to establish an art museum.

Concurrently, as art was being collected for a Norfolk Art Museum, there was another move towards cultural enrichment. Three musicians, two with some professional background and the other a music enthusiast and amateur musician, shared a vision for an orchestra.

Walter Edward Howe was the organist at St. Paul’s Episcopal Church and Marian Carpenter Miles was a performing violinist who had moved to Norfolk with her husband John B. Miles where he retired after World War I. Combining their professional backgrounds with the passion and added zeal of music enthusiast Dr. Robert C. Whitehead, a leading physician of the city, the determined trio set out to establish an orchestra. It was the spring of 1920 and they assembled a group of other interested musicians and began rehearsing in the Monroe Building in Norfolk. With avowed purpose, they focused on acquiring a music library, obtaining instruments, finding a place to play and even put together a financial plan. After months of planning and practice, the group, by this time called The Norfolk Civic Symphony Orchestra, made its debut with a public concert on April 21, 1921. At its debut performance, there were 43 musicians with Mr. Howe conducting and Mrs. Miles as concertmaster. Dr. Whitehead, also the orchestra’s business manager, played the viola. An enthusiastic crowd of nearly 2,000 people attended the concert.

This first concert left its concertgoers enthusiastic and supporting. So much that they prepared and performed a second season in 1921-1922. At the time, this was the only symphony orchestra between Baltimore and Atlanta and one of the very few in the south, filling a huge void. According to Grace Shepherd Ferebee in her book, A Song in Their Hearts about the Norfolk Symphony Orchestra 1920 – 1960, “The seed was planted and had taken root.”

And for almost 100 years that seed has grown exponentially evolving from its early days as an ambitious small-town orchestra with part time and volunteer musicians to the largest full-time professional orchestra in Virginia. Today’s VSO employs 77 professional musicians and performs more than 160 concerts a year across the entire Hampton Roads community as a vital and vibrant part of the Hampton Roads Community.

The foundation for the rich performing arts culture of this region, the VSO and its musicians have been a catalyst for the growth of other arts organizations, inspiring and collaborating with the Virginia Arts Festival, the Virginia Opera, the Richmond Ballet, the Virginia Children’s Chorus and the Virginia Stage Company, among others. Much revered as a local cultural treasure, the VSO has also brought its unique artistry to enthusiastic audiences across the Commonwealth and beyond including performances at New York’s Carnegie Hall and The Kennedy Center in Washington D.C. 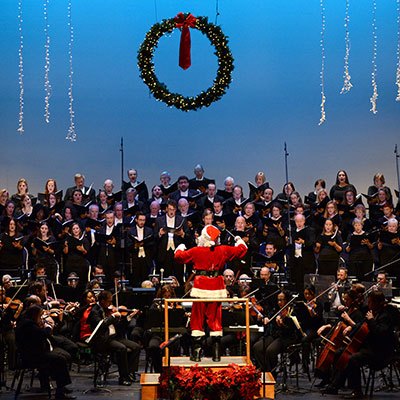 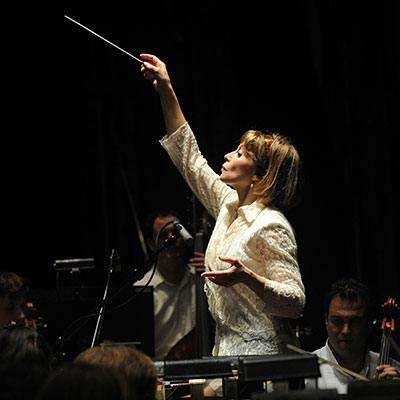 Today, in addition to delighting audiences year-round with concerts ranging from Beethoven and Philip Glass to the music of Harry Potter and Star Wars, the VSO’s community engagement is enormous. Each season the orchestra performs Young People’s Concerts for more than 25,000 elementary school students in all 11 school districts. VSO professional musicians also coach music educators and individual students across the region, adding value to under-resourced public-school programs.  As well, the VSO’s health and wellness programs provide interactive musical activities for seniors living with Alzheimer’s disease and dementia, while the annual CommUNITY Play & Sing-Along brings together people from all walks of life to join in building community through music.  We are proud of our unique partnership with Old Dominion University to enhance the student learning experience through side-by-side orchestral and vocal performance opportunities with our professional musicians.

As the largest employer among the arts organizations in a region of over 1.7 million people, the VSO generates $16 million for the local economy annually by engaging residents and drawing visitors to our local venues. Because of its exceptional national reputation, the VSO attracts highly trained and educated employees to live, work and serve the people of this region. The VSO Chorus, founded in 1991, expands the orchestra’s repertoire and provides a unique volunteer experience for nearly 100 members of our community.

As we look to the future, we invite you to participate with us. While today we cannot see the Virginia Symphony Orchestra of the next 100 years, we do know it will be one we make together.  With continued innovation in our programming, our talented, professional musicians and most importantly the ideas and support of the many people and organizations we serve, we look forward to the next century of building community through music!